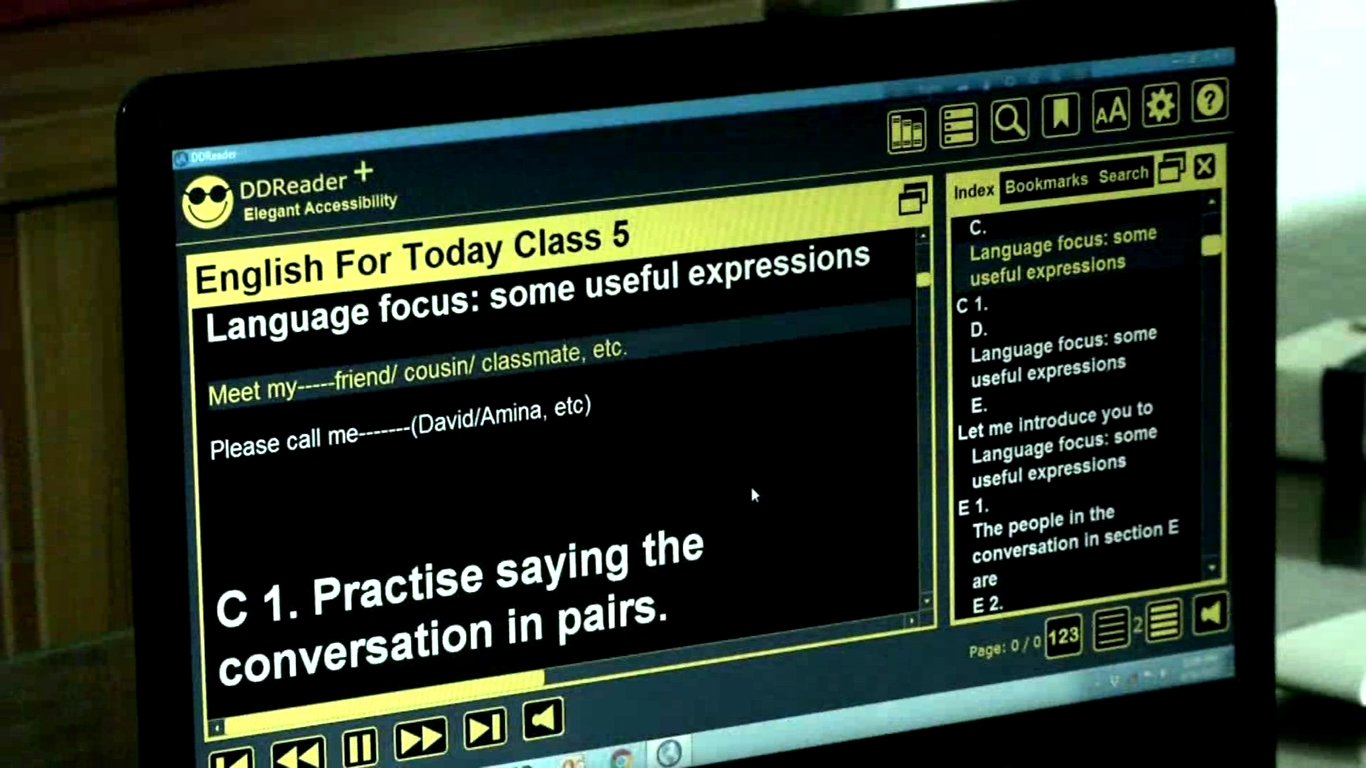 Saifuddin Rafi, one of the four million visually impaired people in Bangladesh, is studying in class XI at Patiya Government College in Chittagong. His study started in a specialized school (Government Muradpur School for the Blind) in Chittagong. However, after completing primary level, he got admitted into ‘Union Krishi School and College’ in Patiya nearby his home town. During his secondary education level, in this mainstream school, he did not get textbooks in Braille or accessible audio format. He had to traverse jumpy situations due to absence of accessible study materials.

These difficulties required support from his sister, also a student with her own burden, who assisted him by recording all the books and class notes. The sufferings of his parents were also countless. A child with visual impairment needs extra privileges for continuing education; but the access to study materials required and their affordability is perplexing. Therefore, parents wishing their children to continue their studies face physical, mental and financial stresses.

For Rafi, difficulties to get accessible study materials needed for visually impaired students was a major challenge, and it troubled him and his family till class VIII. While studying in class IX, he received textbooks in audio format. Later he came to know that these were called DAISY-standard digital talking books.

The digital talking books are accessible materials which provide the text in an audio version for all including students with print and learning disabilities. Digital talking books are for everyone who needs accessible information; readers can play the audio and simultaneously display and highlight the corresponding text. It eases the education for the number of visually impaired students in Bangladesh like Rafi.

A team of persons with disabilities developed DAISY standard digital multimedia books, e-books and digital braille books for the primary and secondary levels using open source technology which are freely available for the end user. The project received technical support from DAISY Consortium, Accessible Books Consortium and WIPO, while receiving implementation support from Young Power in Social (YPSA) and overall support from the Service Innovation Fund of the Access to Information (a2i) programme under the Prime Minister’s Office in Bangladesh. The project has converted all primary and secondary education textbooks (grades I through X) into cost effective DAISY digital multimedia format; making it easier to produce braille, text, audio book or e-book as suitable.

These accessible and affordable reading materials brought a momentous shift in Rafi’s learning curve. Through receiving Grade Point Average (GPA) 5, the highest grade obtainable for secondary and higher secondary education system in Bangladesh, in his Secondary School Certificate (SSC) examination, Rafi has created an example for other visually impaired students who are struggling for their study fighting against their disabilities.